Timeless wisdom from four great economists whose ideas have changed the world. 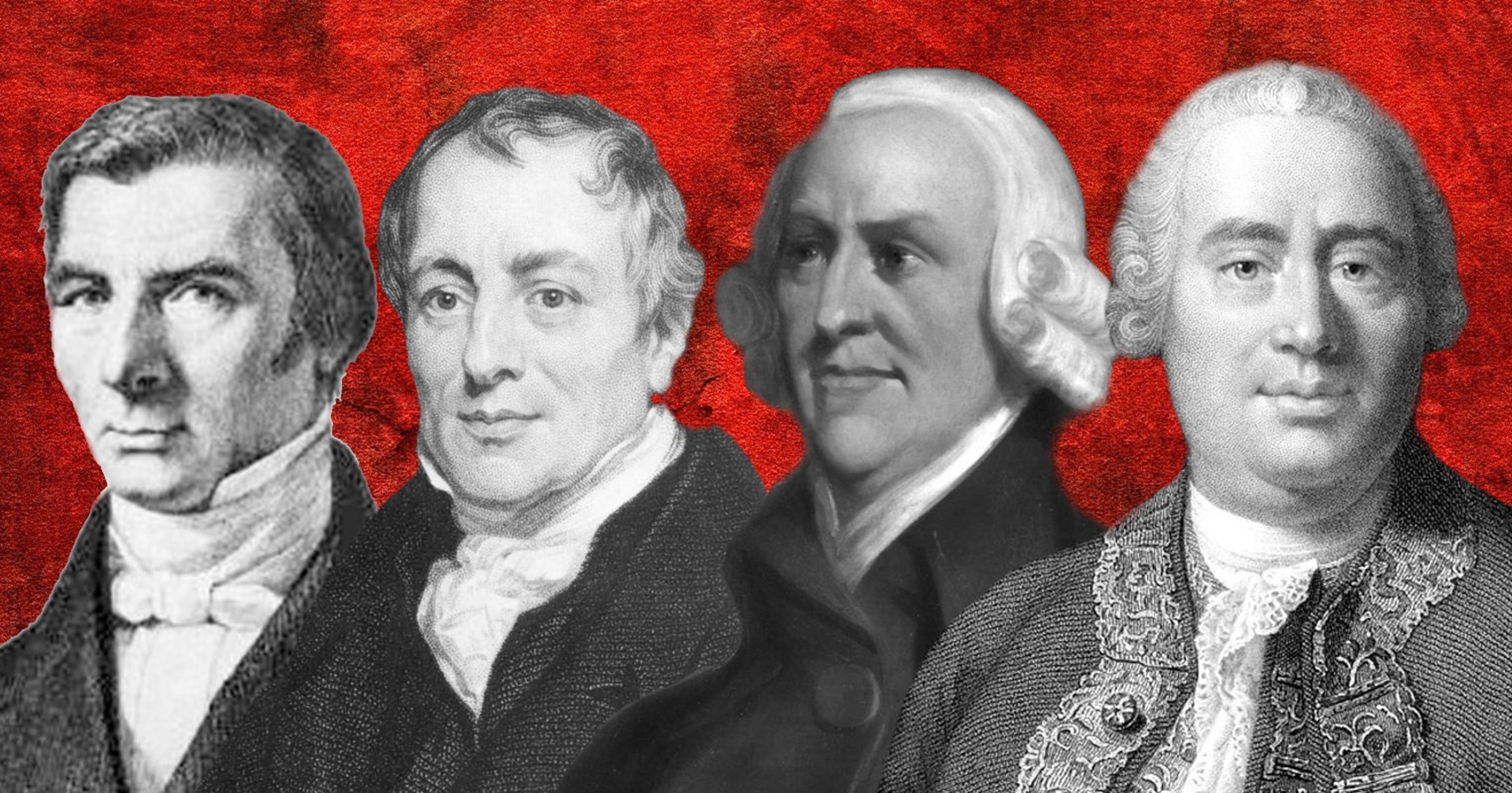 Nothing is more usual, among states which have made some advances in commerce, than to look on the progress of their neighbours with a suspicious eye, to consider all trading states as their rivals, and to suppose that it is impossible for any of them to flourish, but at their expence.  In opposition to this narrow and malignant opinion, I will venture to assert, that the encrease of riches and commerce in any one nation, instead of hurting, commonly promotes the riches and commerce of all its neighbours; and that a state can scarcely carry its trade and industry very far, where all the surrounding states are buried in ignorance, sloth, and barbarism.

It is obvious, that the domestic industry of a people cannot be hurt by the greatest prosperity of their neighbours; and as this branch of commerce is undoubtedly the most important in any extensive kingdom, we are so far removed from all reason of jealousy.  But I go farther, and observe, that where an open communication is preserved among nations, it is impossible but the domestic industry of every one must receive an encrease from the improvements of the others.

The one thing that people overlook is that the sort of dependence that results from exchange, i.e., from commercial transactions, is a reciprocal dependence.  We cannot be dependent upon a foreigner without his being dependent upon us.  Now, this is what constitutes the very essence of society. To sever natural interrelations is not to make oneself independent, but to isolate oneself completely.

Under a system of perfectly free commerce, each country naturally devotes its capital and labour to such employments as are most beneficial to each.  This pursuit of individual advantage is admirably connected with the universal good of the whole.  By stimulating industry, by rewarding ingenuity, and by using most efficaciously the peculiar powers bestowed by nature, it distributes labour most effectively and most economically: while, by increasing the general mass of productions, it diffuses general benefit, and binds together by one common tie of interest and intercourse, the universal society of nations throughout the civilized world.

The balance of produce and consumption may be constantly in favour of a nation, though what is called the balance of trade be generally against it. A nation may import to a greater value than it exports for half a century, perhaps, together; the gold and silver which comes into it during an this time may be all immediately sent out of it; its circulating coin may gradually decay, different sorts of paper money being substituted in its place, and even the debts, too, which it contracts in the principal nations with whom it deals, may be gradually increasing; and yet its real wealth, the exchangeable value of the annual produce of its lands and labour, may, during the same period, have been increasing in a much greater proportion. The state of our North American colonies, and of the trade which they carried on with Great Britain, before the commencement of the present disturbances, may serve as a proof that this is by no means an impossible supposition.