From a very simplistic viewpoint, it can suggest that economic growth is good for the environment.

The hypothesis can be seen in this diagram 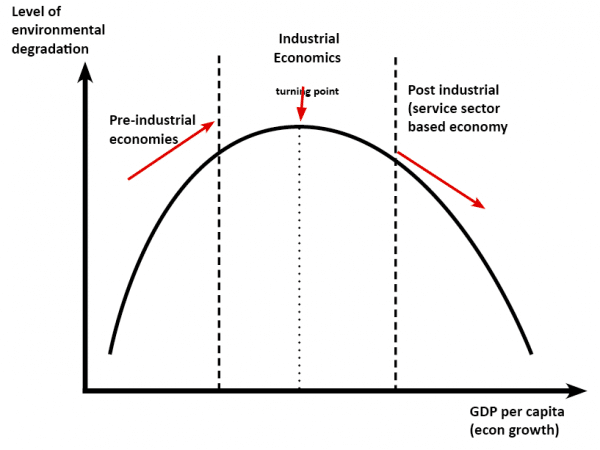 The link between levels of income and environmental degradation is quite weak. It is possible economic growth will be compatible with an improved environment, but it requires a very deliberate set of policies and willingness to produce energy and goods in most environmentally friendly way.