School of Economics | The Lurking Dangers in the Internet of Money
6616
post-template-default,single,single-post,postid-6616,single-format-standard,ajax_fade,page_not_loaded,,qode-title-hidden,qode_grid_1300,qode-content-sidebar-responsive,qode-theme-ver-11.1,qode-theme-bridge,wpb-js-composer js-comp-ver-5.1.1,vc_responsive 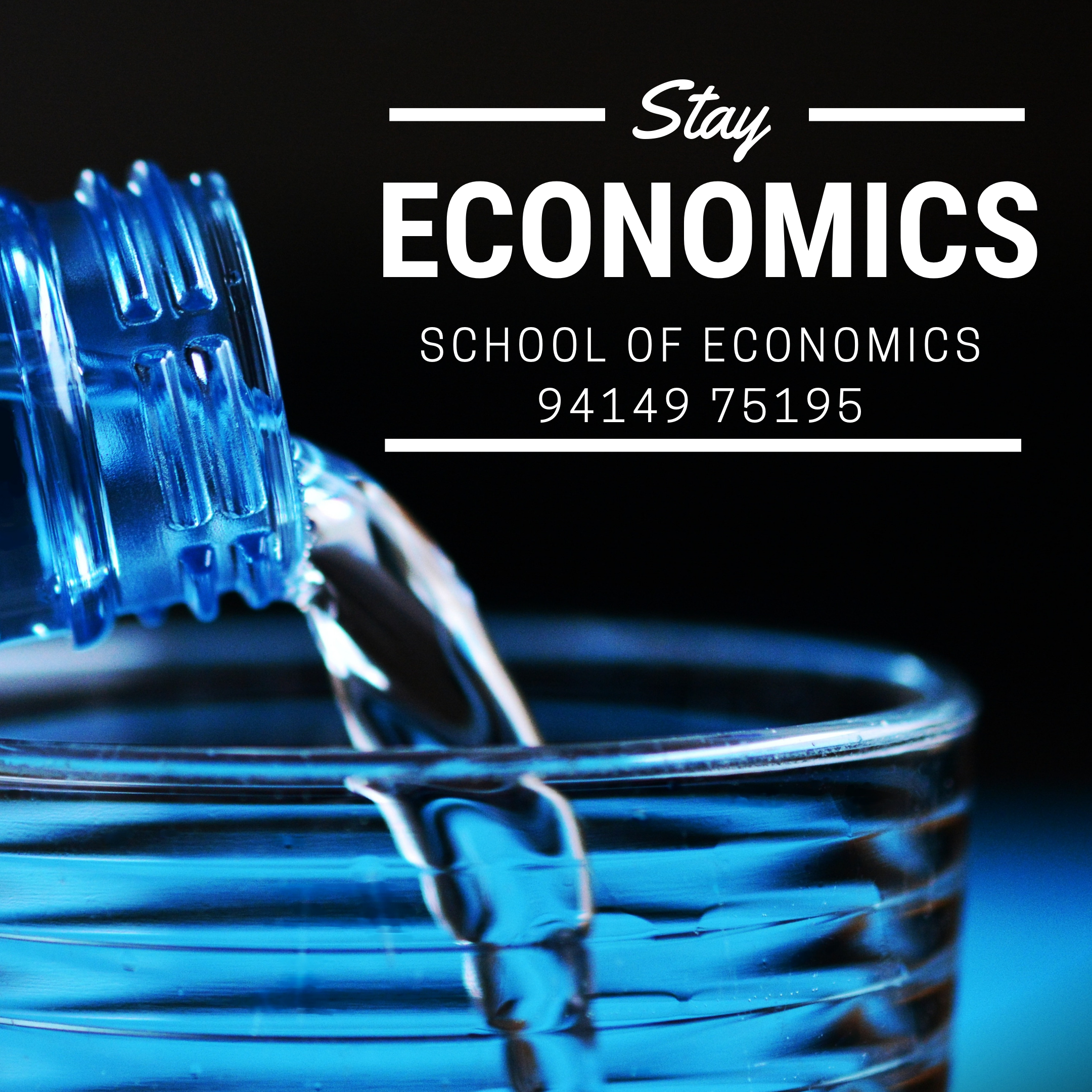 22 Jul The Lurking Dangers in the Internet of Money

Facebook has launched a process that would lead to the creation of a new cryptocurrency, “Libra”, in the first half of 2020. Named after a unit of weight used in ancient Rome, Facebook hopes Libra would become the dominant measure of value for transactions, at least on the internet. As is characteristic of the world of digital business that, outside of finance, has delivered the largest number of billionaires in recent decades, the creation of libra is presented as an altruistic mission that would mainstream individuals, businesses and agents who have hitherto been excluded by the financial sector. In Facebook’s newsroom spin: “For many people around the world, even basic financial services are still out of reach: almost half of the adults in the world don’t have an active bank account and those numbers are worse in developing countries and even worse for women. The cost of that exclusion is high — approximately 70 per cent of small businesses in developing countries lack access to credit and $25 billion is lost by migrants every year through remittance fees.” This is the challenge that libra and the associated Calibra, a new Facebook managed digital wallet that will allow users to save, remit and spend libra, ostensibly seek to address.

The real mission is of course for Facebook to leverage its network of 2 billion users of its portfolio of social media applications and seek domination of what it sees as the future “internet of money”. To that end, Facebook founder Mark Zuckerberg wants to be not just one of the players in the world of digital payments companies, as Apple is with Apple Pay app and Apple card, but the centre of a parallel currency, that it hopes to make into an alternative to fiat currency in a world that would increasingly transact financially on the internet.

The first obstacle that Facebook faces in this journey is that most cryptocurrencies, which use cryptography of a kind and blockchain transactions to securely hold units of money and verify transactions, have served more as stores of value rather than as means of exchange. Even the most well known of such currencies, bitcoin, is accepted by very few commercial establishments or online stores. The currency is still not a ubiquitous means of payment in day-to-day exchange.

Facebook is not just betting on ease of use through its network to popularise libra, sums of which it promises can be sent to anyone with a cheap smartphone as instantly as a text message, “at low to no cost”. Rather it expects to add to ease of use the confidence that comes from transactions being safe and the value of the libra (compared to bitcoin, say) being relatively stable. Relative stability is to be ensured by tying the value of the libra to the value of a reserve consisting of a set of underlying “low-volatility assets, including bank deposits and government securities in currencies from stable and reputable central banks.”  . Being linked to a basket of fiat currencies, the value of the libra can fluctuate relative to individual currencies. But those fluctuations are likely to be small given the use of a basket to determine the value of the libra, generating confidence in the currency.

Moreover, Facebook has decided to bring in major players into the Libra Association, which as “validator nodes” will facilitate the operations of the Libra Blockchain, and as investors in investment tokens would have a role in decision-making proportional to their investments of $10 million each. The structure and responsibilities of the Libra Association seem to be geared to dispelling suspicions that this would be a Facebook controlled internet of money. The relatively small investment required for membership makes it easy to find founding members. They already included entities varying from Mastercard, Visa, Paypal and PayU in the payments space to, internet firms such as Uber Technologies, eBay and Spotify Technology, venture capitalists like Andreessen Horowitz, academic institutions like universities, and non-profits like Women’s World Banking. By launch the Association is expected to have 100 such members. While initially Facebook would have control over the creation and operations of the currency (and the Association), in time all members of the Association would have an equal say in decisions relating to these. Facebook, it is argued, will be one partner among equals.

But this depends on the way in which the currency is planned to be put into use and popularised. According to current plans, from the supply side, some amount of the currency would be created by using as reserve sums paid against the investment tokens purchased by investors. The cryptocurrency so created would be paid out as “incentives in Libra coin to Founding Members to encourage adoption by users, merchants, and developers.” As use begins and users demand more libra, they would have to pay to obtain the coins, with the payments being added to the reserve.

The reserve would, in turn, be invested in safe assets with the interest earned covering the operating costs of the association including that required to strengthen the libra architecture, the financing of social impact projects which the Association would take up as part of its non-profit mission, and the payment of a return to investors in the investment tokens. Clearly, unless the size of the network transacting in libra increases substantially, the net interest earned by investors from investment of the reserve in safe assets will not be adequate. So the expectation must be that the libra network would grow substantially in size.

Presumably, founding members would be able to trade their libra coins in crypto-exchanges to benefit from fluctuations in their value relative to individual fiat currencies. But, if Facebook’s claims are to be believed, the price of the currency will not fluctuate very much, making capital gains (or losses) from trading less likely than in the case of bitcoin. That leaves the returns to be made from settling transactions by serving as validator nodes in the Blockchain. But the amount of money to be garnered from that activity also depends on the success of libra as internet money.

It appears that since the use of libra would be somehow tied to the use of the Facebook family of apps (such as Facebook and WhatsApp), with libra wallet Calibra as some kind of intermediary, these apps would be the principal vehicles through which Libra would be transacted. So, the presumption must be that as the popularity of libra grows, so would the Facebook network, which would also be the leading means of buying and selling, making payments, remitting funds, and lending and borrowing. People’s love for and presence on the ‘Facebook family’ network, will make them use it to do things they may have done at the corner store, on Google, on Amazon or at a bank, but using libra. Thus, the bet that Facebook and its partners appear to be making is that the Facebook community will easily segue into becoming the libra community as well, transforming the social media site into the leading e-commerce market place, financial supermarket and the medium for the world’s internet of money. Facebook promises that it would keep separate and not cross-use information garnered from its social media and e-money activities to multiply its own returns. But there are no guarantees here. There is no doubting that being the creator of libra, and the latter’s structure, Facebook would be far and away the leading beneficiary of its success.

But there are other aspects of this system in which, while the value of the libra is tethered to fiat money with sovereign backing, its use and operation is not subject to regulation by those sovereigns. How and for what purposes libra can be used would be regulated if at all by the members of the Libra Association, as rule makers and validator nodes. While their mission is being packaged as being driven by non-profit objectives, the essential character of many of them—Facebook, credit card providers, fintech firms and venture capitalists, for example—is that they are profit seekers. So that, rather than national or social objectives, would determine the nature of regulation.

This could mean, for example, that little or no attention would be paid to the uses to which libra is put, including whether it is used to finance criminal activities. That matters, because if libra proves to be a success, then libra coin wealth can be more easily converted into holdings of fiat-money wealth than, say, bitcoin wealth can. French Finance Minister Bruno Le Maire has been quoted as saying that, while Facebook is free to issue a transaction tool, it cannot replace sovereign currencies, which could misused, even to finance terrorism. “Sovereignty must remain in the hands of states, not private companies that respond to private interests,” he reportedly said, and called on central bank governors of G-7 countries to prepare a report on what guarantees to demand from Facebook to avoid risks.

There are larger questions of whether a successful libra will erode the regulatory powers of governments and central banks. Bank of England Gov. Mark Carney has noted that: “Libra, if it achieves its ambitions, would be systemically important,” and, therefore, needs to be scrutinized by central banks and financial regulators. Independent observers have also expressed concern. One of Facebook’s original co-founders, Chris Hughes, has called on global regulators to intervene to slow the progress of the cryptocurrency, since it could allow corporations involved in the scheme to wield power over nation states.

A tussle over libra seems unavoidable. But given corporate power, who would win is not clear at all.

(This article was originally published in the Frontline Print edition: July 19, 2019)

The Lurking Dangers in the Internet of Money