A tortoise economy refers to an economy that is barely growing – either economic growth is stagnant or growth is very slow. In particular, it has been used to describe a sluggish recovery from recession.

Economist Robert Reich used the analogy of a tortoise falling in a big hole and struggling to get out.

“We may or may not fall into another hole, but a so-called “double dip” isn’t really the worry. The worry is we’re not getting out of the giant hole we fell into. Growth is slowing when it should be surging. Think of a tortoise trying to get out of a deep ravine, who’s just begun to scale the wall when he gets tired and goes to sleep.”

After 2010, the US economy started to grow at a quicker rate. The US has been one of the few economies to raise interest rates from its historic lows of 0.5%. However, this description of sluggish growth could definitely be applied to the Eurozone where economy growth was well below the trend rate for a considerable time.

Usually, when an economy enters into recession, the economy ‘bounces back.’ 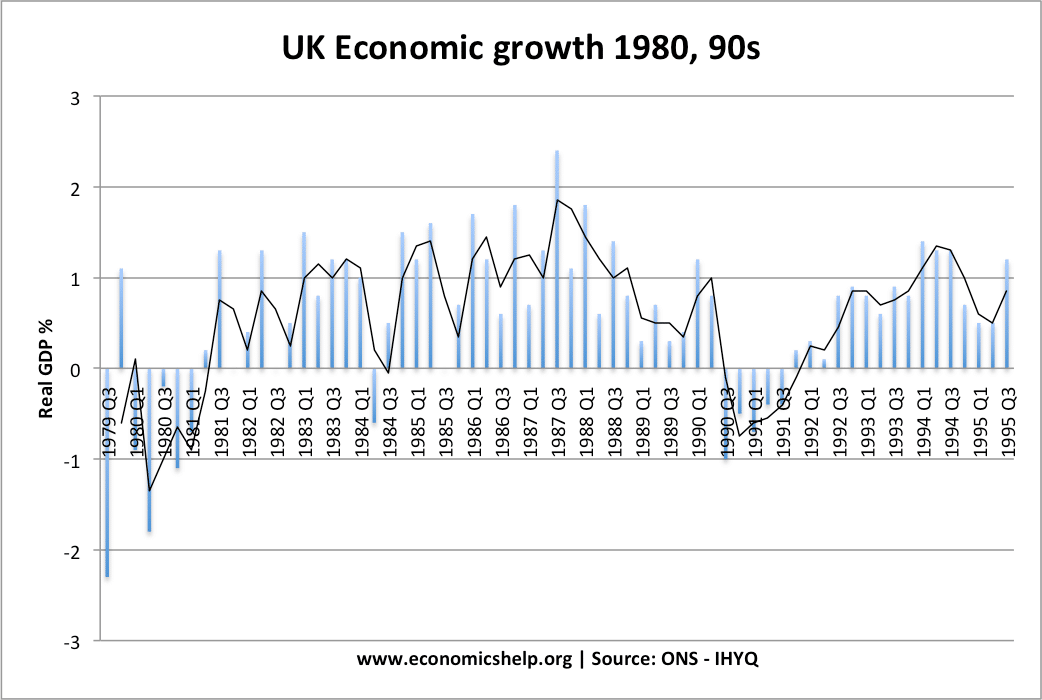 This is because in a recession – there is a fall in demand, people save and cut back on big expenditure. Similarly, firms hold back on investment decisions. However when confidence returns (or interest rates are cut) this allows individuals to spend again and this causes rapid recovery (catch up with lost potential) When firms see an economic recovery, the accelerator theorysuggests there will be a significant rise in investment in response to the improvement in growth rates.

However, in certain circumstances, this doesn’t occur.