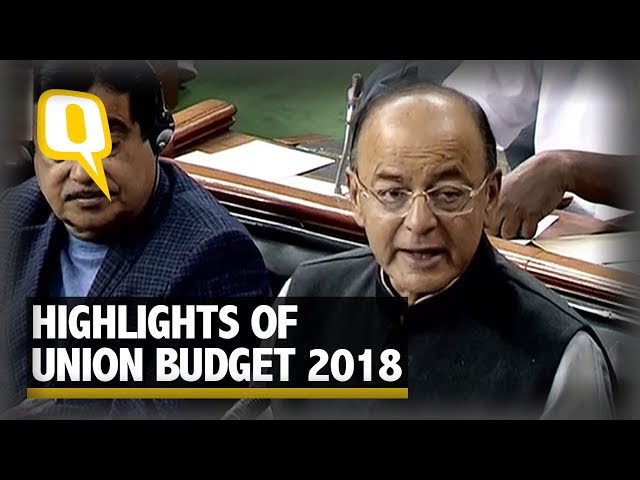 India is the world’s fastest growing economy, said Finance Minister Arun Jaitley as he announced the Budget 2018 for the fiscal year 2018-19. Lauding the major moves to contain black money and encourage tax formalisation, he said that while GST ensured tax simplicity, demonetisation paved the way for a digital economy.

“When the Narendra Modi government took over, India was considered to be one of the fragile five economies of the world. Our government reversed the trend,” the FM said.

Here are the key highlights from Arun Jaitley’s Budget speech: