For the past 40 years, China has been one of the strongest performing economies – transforming itself from a developing economy to an unprecedented level of prosperity. 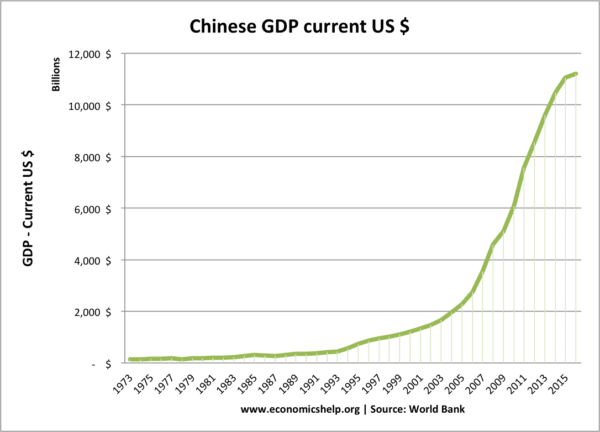 However, in recent years, there have been concerns the rapid rate of growth in China is beginning to slow down and over the next few years, economic challenges could lead to a slowdown and even recession.

What are the challenges that the Chinese economy faces?

Demographic changes. As a result of its one-child family, China is facing a rapid change in its demographic patterns. The ratio of old people to young workers is forecast to rise sharply. 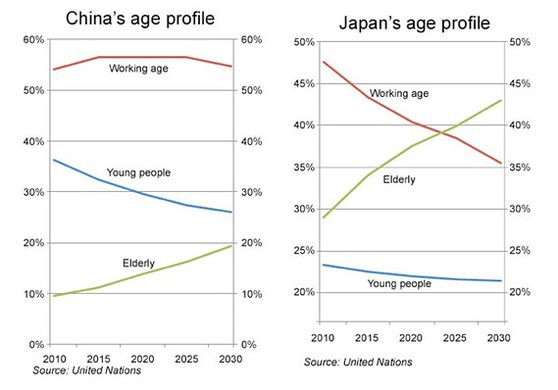 In the 1980s, Japan was often forecast to become the world’s largest economy. However, in the 1990s and 2000s, the Japanese economic miracle came to an abrupt end. One reason was a shift in demographics and a decline in the percentage of young working adults. China will still have a healthy percentage of the population of working age, but the ratio of young people to elderly will fall significantly, limiting opportunities for economic growth.

High investment levels not sustainable. One feature of Chinese economic growth is that it has been based on very high levels of investment. This is partly due to relatively high saving rates, so it is not comparable to say the UK, with much lower savings rates. However, it accounts for nearly half of GDP, which is unusual. In 2010, Gross investment accounted for 48 per cent of Chinese GDP. This has fallen to 44% in 2017 but is still very high. FT – China’s saving level.

One issue of relying on investment to promote economic growth is that it becomes increasingly harder to find suitable investment projects. There is a diminishing marginal utility of extra investment – especially as the economy and housing market mature. One warning sign is that China’s capital-output ratio has risen from 4 to 6, in the past ten years. This means that investment (capital) is giving a relatively smaller output – meaning investment is becoming less efficient.

To continue their economic development, China will need to encourage rebalancing and a shift towards higher consumption.

State interference. China has managed to pursue several market-based reforms. The privatisation of previously state-owned industries have allowed rapid efficiency and productivity gains. However, there are concerns that the direction of reforms is coming to an end with the Chinese economy showing a worrying preference for state business and state intervention in private sectors. The problem with this is that many state-backed firms gain a feeling that they are ‘too big to fail’ or that the state will intervene to support. This mirrors problems in the US banking sector where there was an expectation of bailouts – encouraging risk-taking and a lack of evaluation of whether the investment was being used inefficiently.

Banks often made loans to large government business’ with little regard for free-market principles. As a consequence, it is difficult for genuine new starts to get sufficient capital funding.

Less room for catch up that in the past four decades. Very high rates of economic growth are possible when there is room to ‘catch up’ with. 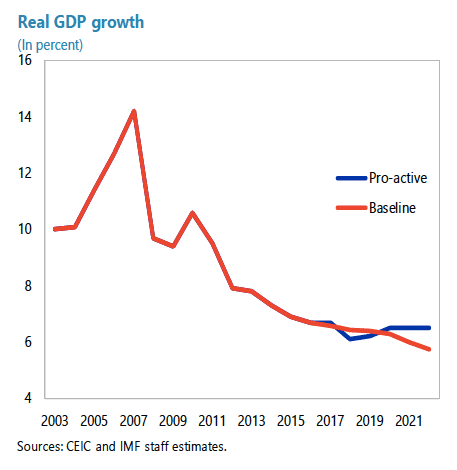 The trend rate of Chinese growth is forecast to fall over the next few years. The Chinese government is worries lest this cause unemployment and stagnating wages amongst those who feel left behind by the rapid growth.

Debt accumulation in China. Between 2004 and late 2008, Chinese gross debt was around 170% of GDP. By 2018 this debt has risen to 300% of GDP. A paper by Sally Chen and Joong Shik Kang suggests China’s credit boom is at risk of causing a crisis. 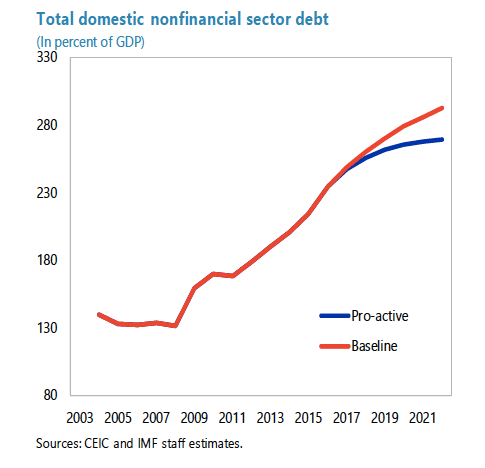 The authors suggest China has some mitigating factors, which reduce the concern over debt levels

However, despite these factors working in China’s favour, China’s credit boom is one of the  longest in history and as the authors note

Historical precedents of ‘safe’ credit booms of such magnitude and speed are few and far from comforting.”

Trade conflict with the US

In addition to these longer-term factors, the recent trade war with the US has shown the risk to the Chinese economy from a disruption on trade, which is an essential part of Chinese growth. More on Trade war 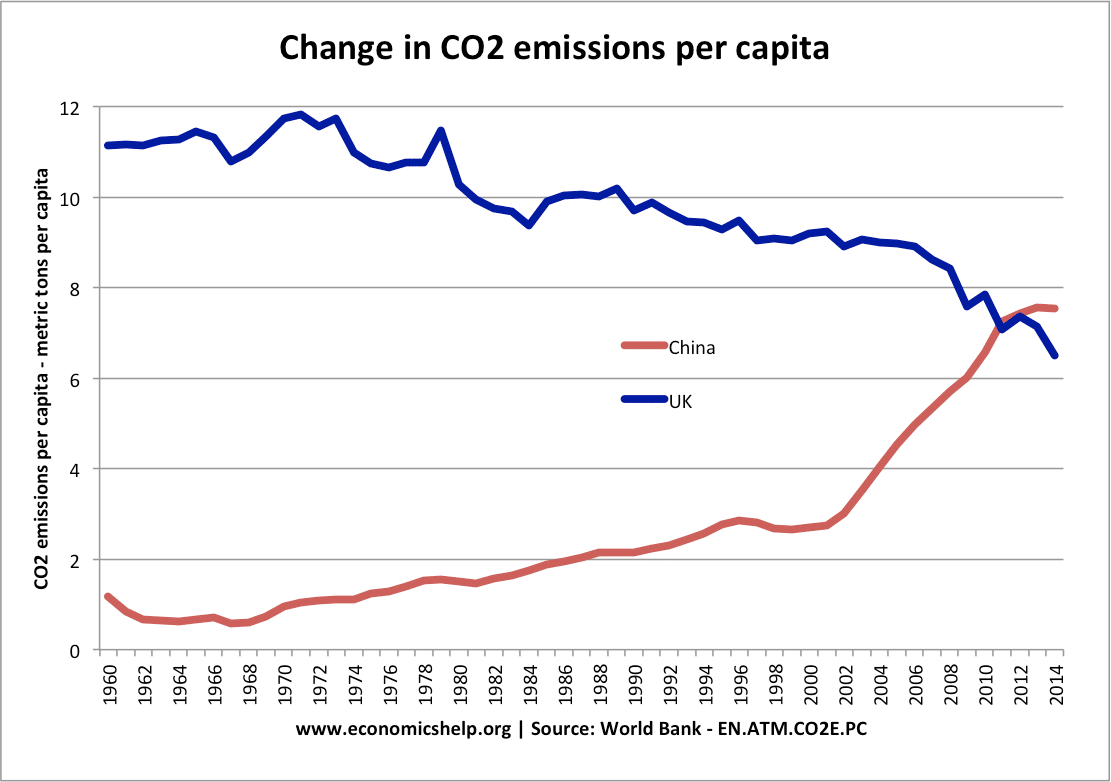 China’s rapid industrialisation has come at a cost – increased pollution reducing living standards and becoming a major public health hazard. There is a conflict between increasing economic output and trying to reduce pollution levels.

The growing demand from the Chinese economy has placed great demands on China’s creaking power infrastructure. This has led to the creation of projects like the Three Gorges Dam. This has been criticised for creating environmental and social problems. Environmentalists fear that the dam will severely impact on the natural habitats of many species.