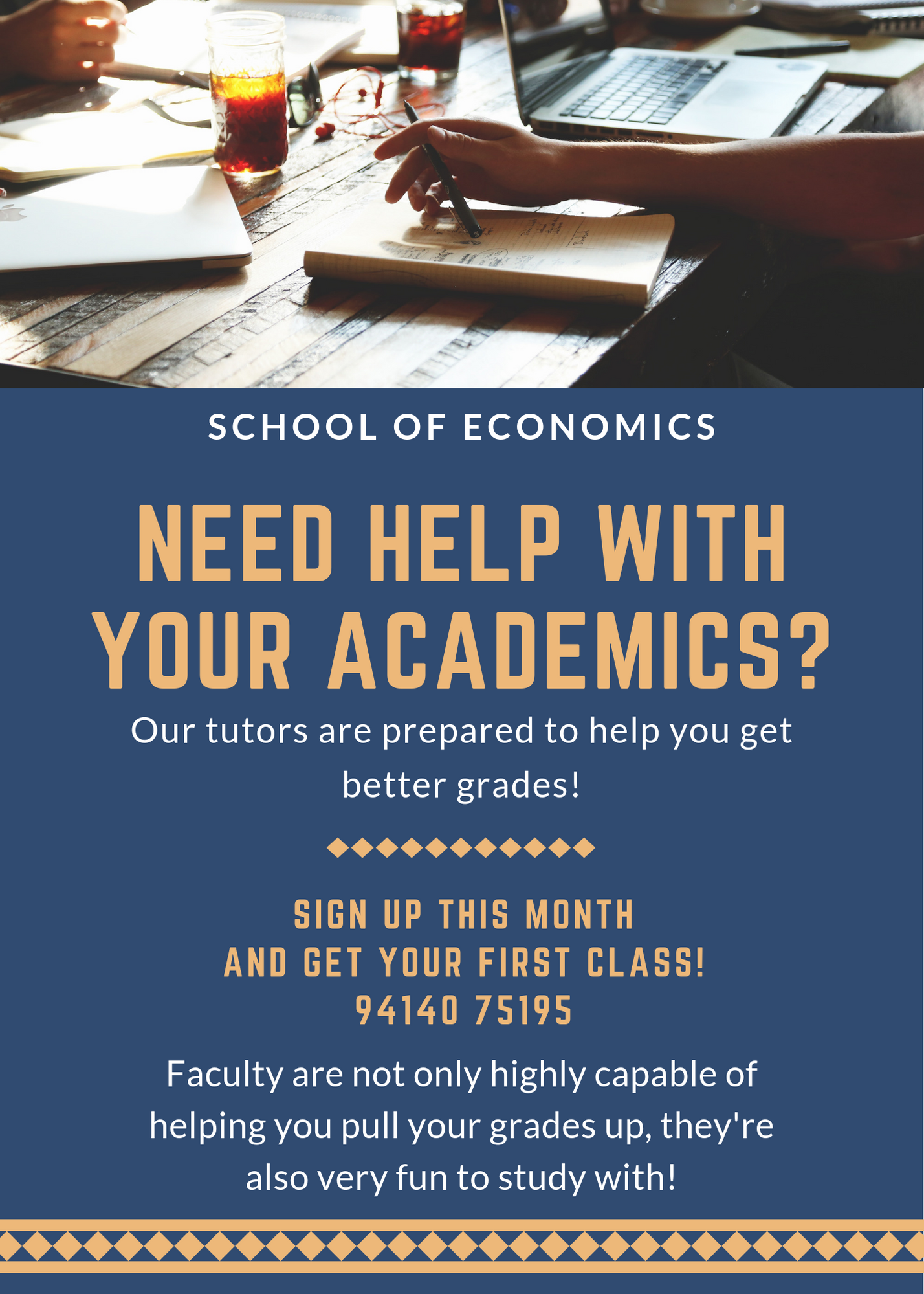 Fifty years ago on July 19, 1969, fourteen large private banks had been nationalized. Ironically the Golden Jubilee of that event, which had been a significant step in the process of building up a new financial architecture for the country, is being celebrated today by trade unions in the banking sector but not by the government of the day.

The argument that had been given for bank nationalization had been simple: since credit represents command over capital, how this command is distributed across sectors, across social groups and across regions, determines the trajectory of social development. If the distribution of bank credit has such powerful social consequences, then this distribution must be socially controlled, for which the banks must be owned by the State on behalf of society. In fact bank nationalization had been preceded by a brief period when there was an attempt at social control without State ownership; its failure prompted nationalization as the only feasible means of effecting social control.

To be sure, notwithstanding all the promises, bank nationalization did not actually mean a democratization of the access to credit; how could it in an economy pursuing the capitalist path of development? What it did however, apart from bringing about a massive expansion of banking facilities across the country, was to broaden the base of capitalist development, by making loans available to the agricultural sector that had been systematically denied institutional credit till then; and this made possible the so-called Green Revolution. It also made finance subservient to the needs of production, rather than being employed for speculation and corporate takeover strategies as earlier.

From the very beginning however bank nationalization had faced stiff opposition from big capital, since it had taken away control over the financial sector from its hands. This opposition intensified immensely after “economic liberalization” was introduced. International finance capital, which now became a dominant force and with which the domestic corporate-financial oligarchy became integrated, was keen to have the entire world as its arena of unhindered operation; the idea of a major country like India having a financial structure that did not just elude its control but was actually largely State-owned, was anathema for it.

The insulation of the Indian financial system from global finance, which State ownership entailed, was resoundingly demonstrated when the financial crisis of 2008 struck. For the entire Indian banking system, foreign assets accounted for only 7 percent of total assets, and these too were mainly held by private sector banks like the ICICI bank. The nationalized banks held hardly any foreign assets, let alone toxic assets, because of which the financial crisis left them completely untouched. But this very insulation was what irked international finance capital.

The U.S. administration put enormous pressure on India to privatize the banking system, and at the very least to privatize the State Bank of India as a “signal” of its intent. Lawrence Summers and Timothy Geithner, Treasury Secretaries respectively under Presidents Clinton and Obama, would visit India and insist upon the privatization of the State Bank of India. The Indian government however could not muster enough courage to do so, since bank nationalization had caught the imagination of the people.

Then a new offensive was launched, namely that nationalized banks were not profitable enough, that they compared poorly in terms of profitability with private sector banks. This was a complete red herring: banks had been nationalized to serve a social purpose, not for making maximum profits. The criterion for judging them was how far they had served this social purpose, not how much profits they made; and yet this argument was put forward, quite shamelessly, by individuals and “slot machine” Committees (which give the government the report it wants) to discredit nationalized banks and gradually prepare the public for their eventual privatization.

Finally there was the argument about nationalized banks being saddled with a larger proportion of “non-performing assets” which, it was claimed, indicated their “irresponsible” lending practices. As a matter of fact, nationalized banks’ NPAs arise not because of their “irresponsibility” but because of changed government policies, in the context of which playing the role they are called upon to play saddles them with NPAs. There are three obvious changes in government policy that has meant that nationalized banks have been left holding the can.

The first relates to the fiscal squeeze that the government has brought upon itself, by limiting the size of the fiscal deficit through the FRBM Act on the one hand, and by handing out large tax concessions to the private corporate sector on the other. This has meant in effect that large infrastructure projects, which require lumpy investment, which have long gestation periods and therefore involve high risks, are now left to be implemented by the private corporate sector, rather than the public sector as earlier.

The second relates to the end of specialized financial institutions that had earlier provided long-term loans for such projects. Under the earlier regime banks gave largely short-term credit while a whole range of financial institutions like the IDBI, IFCI, SFCs, ICICI, were specially set up to provide medium and long-term loans for investment. These specialized financial institutions have now dwindled in significance; some of them like the IDBI and ICICI have even converted themselves into banks. As a result banks now have to provide not just short-term credit but also medium and long-term loans. Since banks depend upon deposits for their resources, which can be withdrawn at any time, they are in effect “borrowing short to lend long”, a sure-shot recipe for financial stress, especially when it is remembered that many of the projects in the infrastructure sector for which they lend are highly risky projects.

Nationalized banks could just walk away from financing such projects, as many private banks do; but being nationalized banks they feel obliged to pay heed to government directives to finance such projects. And of course since these projects are now being undertaken by the private sector, the scope for “willful default”, where the capitalists involved simply walk away with the funds instead of putting them into the project, is great, which exposes banks to further stress. Ironically the same government which directs banks to give loans to these private projects, then makes a song and dance about the NPAs, and wants to privatize these banks because of such NPAs.\

The third change in policy relates to the great reduction that has taken place in the profitability of the agricultural sector. Even though the definition of “priority sector” within which agriculture falls, has been widened to a ludicrous extent, nationalized banks still give loans for agriculture, while foreign banks and private Indian banks have by and large withdrawn from giving such loans. Many private banks give loans to middlemen who then use these very funds to give loans to peasants, becoming in effect a new class of private moneylenders. In fact the ICICI bank flatly refused to give loans directly to peasants, preferring instead to deal with them through middlemen called “facilitators”.

The fact that loans to agriculture have to be periodically written off, is not because peasants have developed “bad habits”, as many bourgeois commentators pontificating against loan write-offs allege, but because agriculture has ceased to be a profitable activity. The stressed assets of nationalized banks arising from this source therefore are attributable not to any “irresponsibility” on their part, but precisely to their “responsibility” in giving loans to agriculture in a context where government policy has undermined agricultural profitability.

To say all this is not to paint nationalized banks in rosy colours; it is just to underscore the fact that government policy has moved away from what it had been when banks were nationalized. Indeed, the phenomenon of nationalized banks sits somewhat uncomfortably in a world dominated by international finance capital. The travails of nationalized banks arise for this reason, namely that the ethos of neo-liberalism undermines their functioning. But reversing nationalization would simply carry forward the dominance of international finance capital. It would further undermine national sovereignty, and further accentuate the process of primitive accumulation of capital at the expense of petty production and peasant agriculture.

In all the discussion about the fate of nationalized banks however one important fact has been totally ignored, namely that these banks are not government-owned but State-owned. The government, as merely the executive wing of the State, cannot decide entirely on its own what should be the fate of these banks. But this is precisely what it has tended to do, for instance in allowing private equity into these banks and then raising the share of such equity. An announcement is simply made in the budget about disinvestment and when the budget gets passed this also gets ipso facto ratified. This must stop.

When banks were nationalized in 1969, not only did Parliament approve the decision, but even the judiciary had to give its assent, since nationalization was challenged in the Supreme Court. Nationalization in short had the approval of all the organs of the State. It is necessary to insist that any interference with the ownership structure of the nationalized banks, including reducing equity even in the range above 51 percent, should have specific parliamentary sanction.

(This article was originally published in the People’s Democracy on July 21, 2019)