Free-market advocates must not be beguiled that technological change and disruption mean the end of capitalism. 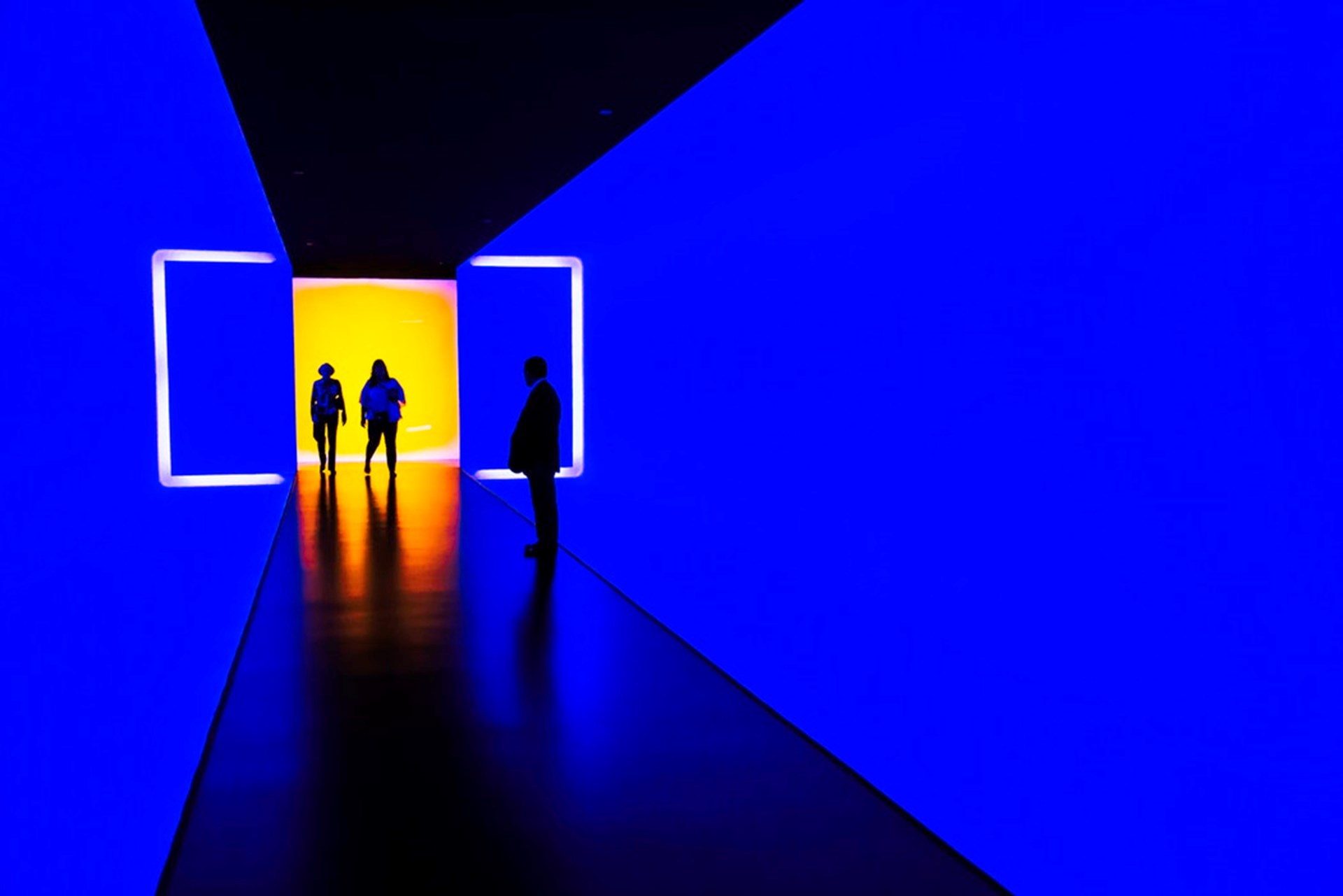 Conservatives and classical liberals face a challenge today similar to that faced by William F. Buckley Jr. at the founding of National Review as he stood athwart history yelling, “Stop!” Socialists of Buckley’s day spoke of dialectical history inevitably advancing toward a socialist order. Today, progressives warn of the imminent death of capitalism at the hands of disruptive technologies. Critics of capitalism tell us that limitless automation, artificial intelligence, and machine learning are making human labor obsolete. Displaced workers will be forced onto the government dole. Or, so we are told.

Critiques of capitalism are spreading. Progressive candidates like Kamala Harris, Elizabeth Warren, and Bernie Sanders keep pushing each other further to the left, raising the stakes of increasingly socialist economic policies. Even business publications like Fast Company (which purports to inform readers on how to run a fast-growth company) have predicted capitalism’s demise. And, as Kristen Soltis Anderson has written, millennials and Generation Z are open to the ideas of socialism.

The Continued Power of Capitalism

Now, in particular, seems like an odd time to admit capitalism into economic hospice. In 2018, the US economy grew by a robust 3 percent, and the labor market flourished. Despite all the noise about income inequality, American wealth is not all concentrated among the super-affluent. As Mark Perry has pointed out, the middle class is shrinking… because the middle class is moving upwards into the upper-middle class.

These innovations are the product of free enterprise, not the Federal Department of Centrally Planned Tech.

Entrepreneurs and investors are developing and funding disruptive, transformational innovations. While some talk about autonomous vehicles as a cutting-edge innovation, futurists look toward civilian space travel with the eventual hope of colonizing the moon and beyond. In bioscience, researchers are developing medical breakthroughs that improve quality of life and extend life expectancy. Automation, artificial intelligence, and machine learning are leading to exponential advances in the production of smarter, cheaper goods. These innovations are the product of free enterprise, not the Federal Department of Centrally Planned Tech.

The predicted demise of capitalism is not because it fails to create wealth, produce necessary goods and services, foster innovation, or spread affluence widely. No, we are told that capitalism will end as technology frees us from toil.

As more work is automated, workers will be made obsolete.  PriceWaterhouseCoopershas estimated that 38 percent of all current US jobs will be eliminated by automation within 15 years. Of course, new jobs in coding, engineering, research, development, and applied science will emerge in place of the old.

Donald J. Trump’s surprise electoral wins in the Rust Belt can partially be explained by industrial workers’ fear of permanent job loss and Trump’s promises to bring back high-paying jobs. Following the election, progressives taunted disaffected workers that their jobs were lost forever to automation and that Trump’s boasts of bringing back industrial jobs were empty promises. So far, the robot apocalypse hasn’t happened. In fact, the US labor market has tightened.

Even if machines eventually exceed human productivity, the free market will ensure that human consumers drive the economy.

Even if machines eventually exceed human productivity, the free market will ensure that human consumers drive the economy. People will remain the ultimate end-users of all products and services. While automation may increase supply, demand originates from humans. With the rise of automation, savvy consumers will crave authenticity and humanity. With more leisure time, people will place a premium on personal experiences. Consumers will differentiate mass-produced products from products that show more human creativity and personal style. All things being equal, humans prefer to do business with another human rather than C-3PO. When all is said and done, the market will still demand human workers.

Would such a new economic system allow voluntary exchange, private property, unregulated pricing, and allow people to keep the fruit of their labors? If so, it’s still free enterprise or a variation thereof.

“Singularity,” the idea that technological advances will change society beyond recognition, may happen sooner than many realize. But free-market advocates must not be beguiled that technological change and disruption mean the end of capitalism. Writing for Fast Company, Jason Hickel and Martin Kirk have suggested that a novel economic system will emerge as an alternative to capitalism.

It is hard to imagine a new economic order that is not either a variation of free-market capitalism or socialism. Would such a new economic system allow voluntary exchange, private property, unregulated pricing, and allow people to keep the fruit of their labors? If so, it’s still free enterprise or a variation thereof. By contrast, if a purportedly new economic theory outlaws private property or heavily restricts how property is used, restricts voluntary exchange, regulates pricing, and is set out to redistribute income and wealth, then it is a rehash of socialism.

The US taxpayer already provides a safety net for individuals during temporary hardships. But UBI would be more pernicious if people depended on a federal stipend from cradle to grave. Freed from work, would people be more likely to read classical literature and create poetic masterpieces? Or, would they be more likely to while away their days with virtual reality gaming, pot smoking, and airing their grievances on social media? As Ronald Reagan wrote of socialists:

[They] ignore the side of man that is the spirit. They can provide you shelter, fill your belly with bacon and beans, treat you when you’re ill, all the things guaranteed to a prisoner or a slave. They don’t understand that we also dream.

Even in the face of social transformation, we need to defend the intangibles, like dreams and aspirations, that make us human. We should embrace innovation but apply enduring principles to the issues of the day. For example, the European Union parliament has recently considered draft legislation that would grant “sentient” machines (i.e., machines equipped with artificial intelligence and capable of machine learning) limited legal personhood. Treating a machine as a person instead of private property would spark a chain reaction of ethical and legal issues. Most importantly, it would debase the uniqueness of humanity.

While embracing market-oriented solutions, we should eliminate policies that disincentivize employment. Shortly after Social Security was enacted, there were 159.4 workers to every beneficiary. By 2013, that number had fallen to 2.8 workers to every beneficiary. As automation displaces workers, that ratio will drop again. This will have huge implications for Social Security, which is funded by payroll taxes on worker wages.

Congress did not envision robots replacing taxpaying workers when it passed the FICA and FUTA payroll taxes. Those taxes now create unintended disincentives to hire flesh-and-blood workers. To level the playing field, a national sales tax could replace the payroll taxes. Congress could go further and grant employers a preferential sales tax rate for employing human labor rather than automation. Presumably, this would be a popular move among voters. After all, robots don’t vote (yet).

We cannot abandon the future to those who misunderstand free enterprise and human nature merely because we are not at ease in technological subject matters.

Conservatives and classical liberals are often more comfortable focusing on permanent things like virtue and morality rather than the emerging sci-fi world. We cannot abandon the future to those who misunderstand free enterprise and human nature merely because we are not at ease in technological subject matters. To be relevant to the younger generation, we have to assure them that free enterprise is thriving and responsible for the tech they love. The future is coming at us fast. We have to be engaged in the conversations about the future if we hope to have any say in it. 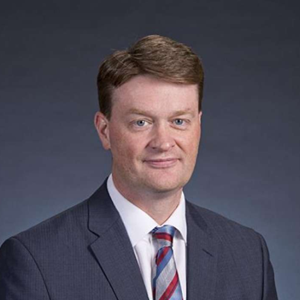