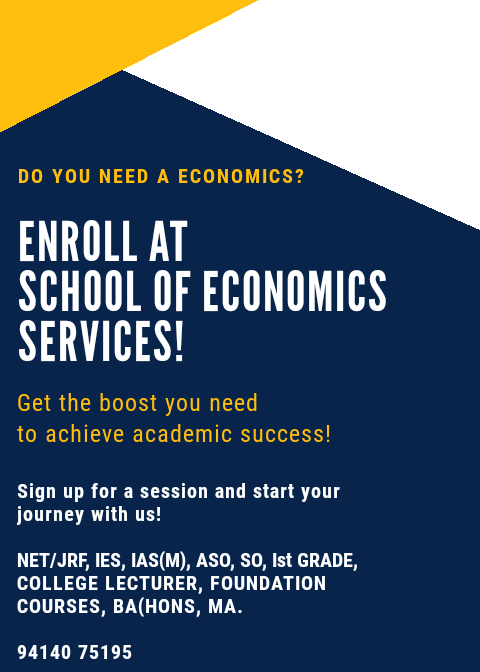 Inequality has increased since it caught the attention of the international community. The claims that global inequality has decreased because of the faster rise in per capita incomes in populous countries like China and India must be tempered by several considerations. National policies are crucial in this worsening state of affairs and the international economic architecture and associated patterns of trade and capital flows encourage such policies. More national policy space is required for governments, especially in developing countries, to pursue policies that would move towards more sustainable and equitable development which in turn requires significant changes in the global architecture. None of this can be done without some international coordination, and there is a need to revive a progressive and acceptable form of multilateralism that supports the working people across the world, rather than the interests of large capital.

It is apparent – but still depressing to note – that inequality has increased since it caught the attention of the international community. The Global Financial Crisis was preceded by a massive increase in within-country inequality; since then, things have got significantly worse. The Sustainable Development Goals foregrounded the reduction of inequality, and included that as a major goal; since their announcement, inequality has increased in almost all economies.

The claims that global inequality has decreased because of the faster rise in per capita incomes in populous countries like China and India must be tempered by several considerations. First, these and similar fast-growing nations have mostly experienced significant internal increases in inequality. Second, when incomes are measured in the more realistic market exchange rates than in the ultimately fanciful Purchasing Power Parity exchange rates that substantially underestimate real poverty, convergence is much less apparent. Third, the famous “Elephant Curve” that shows big increases in income at the lower middle of global distribution is based on relative increases in income, which can appear large when the base incomes are low. When absolute increases in income are considered, the bottom half or the middle of the global distribution does not fare so well at all, and there is no hump in the middle.

What are the processes responsible for this worsening state of affairs, which flies in the face of so many well-intentioned and even pious declarations by governments and international organizations?  Of course, national policies are crucial in this; and many governments have engaged in policies that have reinforced relative power imbalances, and then been reflected in unequal economic outcomes. But the international economic architecture and associated patterns of trade and capital flows encourage such policies and generate processes that further accentuate inequalities of various sorts.

This happens at two levels: at the level of primary distribution of income; and at the secondary level that takes into account patterns of taxation and public subsidies and transfers. At the primary level, one significant factor generating further inequality is the creation of new “assets” whose ownership and control are concentrated, which then provide revenue streams only to the privileged. These include, most of all, intellectual property rights (IPRs) that generate rents from the control over knowledge, control that is increasingly in private corporate hands. They also include the ownership of new products like data, which have become similarly commercialized and concentrated in terms of ownership. And they include the privatization of what should be public or social assets, like those in nature.

The primary distribution has also been affected by changes in the relative bargaining power of (mostly large corporate) capital vis-à-vis labor and vis-à-vis citizens in general. This shift has generally been attributed to the forces of globalization and technological change, which are presented as inexorable changes that states are powerless to prevent, shape or mitigate. But it is important to remember that these forces and the extent of their force and impact are the result of government policies and therefore of political choices. The current popular backlash against globalization in many parts of the world possibly reflects this growing realization. Furthermore, the weakening of the bargaining power of workers and citizens relative to capital is also very much an outcome of government policies of deregulation of capital and labor markets, some of which are purely domestic in nature.

The primary distribution of income has also worsened across the world because of major changes in national and global legal and economic architectures: in particular, the creation of new “assets” in the form of intellectual property rights, the creation of new “products” like data and the privatization of what should be public or social assets like nature as well as the delivery of what should be public services. All of these have led to enhanced concentration and monopoly control, as well as increased rent-seeking activities of major companies that further accentuate both the inequalities of asset ownership and the concentration of income streams from such assets.

National policies (driven by the international context as well) that have furthered secondary inequality include inadequate direct taxation and the consequent reliance on regressive indirect taxation. This is enabled by national and international tolerance of tax avoidance measures that enable illicit financial flows across countries. Inequality is further worsened by skewed public spending patterns that do not prioritize the generation of good quality employment and the universal public provision of good quality services.

What is to be done about all this? Obviously, more national policy space is required for governments, especially in developing countries, to pursue trade and industrial policies, fiscal and monetary policies and social policies that would move towards more sustainable and equitable development. But this in turn necessarily requires significant changes in the global architecture.

To start with, the current obsession with trade wars and their possible outcomes should not distract us from considering how to deal with the changing nature of cross-border trade. The United Nations Conference on Trade and Development (UNCTAD) (in the Trade and Development Report (TDR) 2018) has done considerable work on how more trade consists of “intangibles” and how a greater proportion of the value added from trade is appropriated by such intangibles, in particular by “headquarter functions” that really reflect rents and profits of multinational enterprises (MNEs). Some part of this expansion of trade in intangibles reflects real economic processes, but a significant and growing part also reflects monopoly profits and tax avoidance strategies of MNEs, that must be addressed by new global rules.

The current explosion of debt levels around the world suggests the urgency of a better, more just and effective system of sovereign debt management, in which the burden of adjustment is not disproportionately borne by citizens and workers in a country, but shared more equitably among those responsible for creating the problem, including creditors.

The problems of climate change and environmental destruction are no longer in the future, but are already upon us – and so it is imperative to improve conditions of technology transfer and enable developing countries to develop and empower their own systems of “green” technology to mitigate and adapt to these changes. This requires both a fiscal push and a push to ensure access to the relevant knowledge on reasonable terms.

This also highlights the crucial need to revamp and restructure the global IPR regime, which is no longer fit for purpose. Intellectual property appropriation and control, especially by MNEs based in advanced countries, have become huge threats not only for development and the move to equality, but also to the survival of the planet. Inequalities in the creation of and control over knowledge are reinforcing existing inequalities of power and economic outcomes, and making them much harder to overcome.

None of this can be done without some international coordination, and so all of this points to the need to revive a progressive and acceptable form of multilateralism that supports the needs and desires of working people across the world, rather than the interests of large capital. Given the current travails and loss of popular legitimacy of the existing global multilateralist system, such a move is both more necessary and more possible today.